The American Legion was founded in 1919 in Paris, France, at the close of World War I. The organization now includes veterans of World War II, Korea, Vietnam, Lebanon/Grenada periods, Operation Just Cause in Panama, Desert Storm, and Enduring Freedom.

The American Legion, since its founding, has endeavored to assist veterans, their widows and children, and their fellow citizens. The North Carolina American Legion, with over 40,000 paid members, are proud to carry on this tradition. We invite you to join us and help support Americas Veterans.

Harrisburg's Post 523 received their temporary charter in September 2003 and their permanent charter in August 2004 with 54 charter members. It was birthed by a letter from Chaplain Charles Fero to the then District Commander Robert Newkirk. Carl Miller and Charles Fero arranged for the post to have a tent at the 4th of July celebration held in the Harrisburg Park. After 2 days in the park, we had 15 new members and 5 transfer members; the amount needed for a temporary charter.

The posts' first meeting was held in August and elected their first post officers in September 2003.

Finance Committee
Goal is to come up with programs to raise money to support the post's efforts in working with active military units, veterans and their families as well as civic activities.

Membership Committee
Goal is to work to increase post membership

Color Guard Committee
This committee's function is to schedule the Color  Guard's events in the Harrisburg/Concord area. They communicate with the churches, schools, civic organizations and sporting events to make sure the "country colors" are presented properly.

The Color Guard team is also members of the D.A.V. honor guard team. 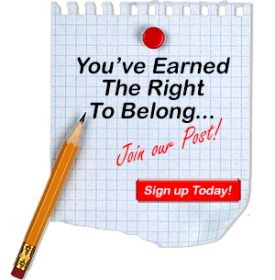